$25 Medical Card Online: Is There Such a Thing? 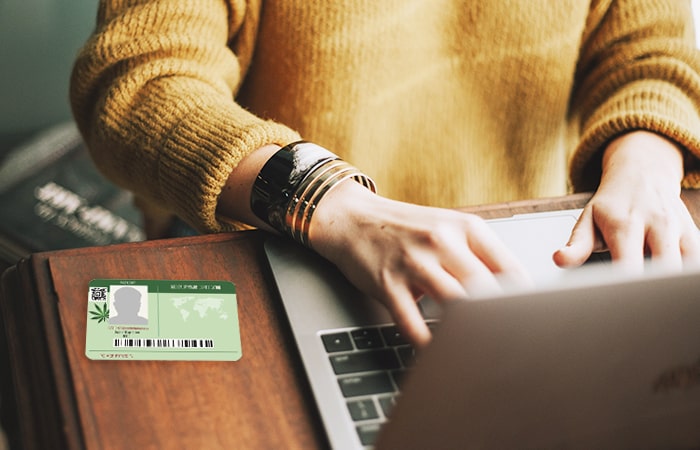 The idea of getting hold of your very own medical marijuana card has become something of an everyday dream; the ability to get a card that entitles you to decently priced, legal marijuana, all because your doctors say so? The very concept of having such a mystical card seems almost impossible to imagine.

Even though so many different states in the USA allow for medical marijuana cards, it can still seem impossible actually to get one yourself.

However, like all things in the US, it is a lot cheaper and easier to try and get it online.

So, is there such a thing as a $25 medical marijuana card online?

What Exactly is a Medical Marijuana Card?

The primary purpose of the medical marijuana card is twofold; firstly, it is an excellent way for the state to monitor exactly who is using marijuana, as well as being able to keep an eye on the average marijuana intake of their state.

Secondly, it allows the state to determine their future marijuana policy – the very idea of completely legalizing marijuana is still a contentious one in the USA, with many people being massively against it. If a state can see that a clear majority of people would not only support the legalization of marijuana but also actively use it, it means that lawmakers can safely change their political stance on marijuana and make it legal.

In a way, by getting a medical marijuana card, you could be supporting the eventual legalization of marijuana in your state.

What if you could actually get a medical marijuana card online without having to go through the hassle of being prescribed one by an older doctor?

Getting a Medical Marijuana Card Online – Is It Possible?

The key problem and one of the reasons why it is still relatively unknown in the USA are that it only works in a few different states.

Although there are currently thirty-three different US states that allow medical marijuana, only four of them allow for you to get your medical marijuana card online. These states are New York, Nevada, California, and Hawaii.

If you are a resident of these states, you can go online to one of the numerous different sites that allow you to get a medical marijuana card and sign up.

The reason why this is so popular and useful is that those four states have a very lax definition of prescriptions for medical marijuana. Whereas in other states you need to have a doctor actually meet with you and prescribe marijuana, these four states have relaxed the laws, making it so that you only need to have a doctor’s general recommendation.

Even better, these recommendations can be conducted online.

You actually don’t even need to speak with a doctor! You can simply go on the websites that are available in different states and apply, allowing you to very easily get your medical marijuana card. Most of the websites operate in the same way – you provide your details, as well as validation that you do in fact, live in the state in question.

From there, you can select from a dropdown menu what condition you have that necessitates marijuana. The great thing about this is that these websites don’t actually have any trick conditions; every condition that is listed for you to choose from is a valid medical reason to be prescribed medical marijuana.

You simply need to select your chosen condition, then send the form off. In California, you will get your medical marijuana card within one day, but other states can take a little while longer.

The websites are supposed to validate your condition, with some states like New York sometimes requiring you to have a video call with a doctor to determine whether or not you are telling the truth and whether you actually need the medical marijuana, but most of the time they simply rubber stamp it and give you the medical marijuana card.

By far the very best part of all this is the fact that it barely costs any money whatsoever! In California, you can spend as little as $25 on applying for and receiving your medical marijuana card, not including any shipping costs.

The exact cost can differ depending on what state you are in, but ultimately, it is extremely cheap to be able to get your own medical marijuana card online. After all, you aren’t taking up any doctors’ time or attention; instead, you are just filling a form.

Are There Any Problems with Getting a Cheap Medical Marijuana Card Online?

The only real problems that come with getting a medical marijuana card online is that you don’t actually get to speak to an expert about what you should be taking. It is all well and good to say that you think you need marijuana to treat your medical condition, but what condition are you hoping to treat? How do you think marijuana is going to help?

Unless you do a huge amount of research into what strains or what percentages of different cannabinoids are able to help you with your condition, how are you supposed to know what to take?

If you get lucky enough to speak to an understanding doctor in a regular marijuana prescription discussion, they would likely tell you what kind of marijuana you want to look out for; for example, they might recommend an even blend between THC and CBD, or they might suggest you only opt for pure CBD.

By applying for your medical marijuana card online, you lose out on all the helpful, useful advice of a trained medical professional, instead of leaving it entirely up to you to be able to figure out what you need.

All hope isn’t lost, though, as it is pretty easy to research your conditions and discover what marijuana strain would be best to treat different conditions. After all, science has progressed a huge amount in recent years with regard to cannabinoid understanding, so we know almost to the nearest decimal point what proportion of cannabinoids are best for each condition.

Final Thoughts on Getting a Medical Marijuana Card Online for $25

The ability to get hold of a medical marijuana card for such a cheap price might make it seem like it is illegal, or somehow dangerous. In actuality, it is merely an easier, less complicated option for getting hold of marijuana if you live in a state that has extremely lax medical marijuana laws.

It not only benefits you, as you don’t need to spend a huge amount of time and money going to your appointment and paying fees, but it also saves the state money in not having to administer a massive bureaucratic system concerning who does and who does not get a medical marijuana card.

Though it can feel a bit daunting once you get hold of your medical marijuana card, make sure you use it to its fullest potential and get out there see what kind of strains you can get hold of.

Even though you won’t have the advice of your doctor as to what strains are best for your condition, just make sure you thoroughly research all the different strain options available to you, so that you are able to make the best choice possible.

You not only have unlimited choice, but you also haven’t spent a huge amount of money on your medical marijuana card going through the regular channels.

Visit Site
Read Review
0 responses on “$25 Medical Card Online: Is There Such a Thing?”