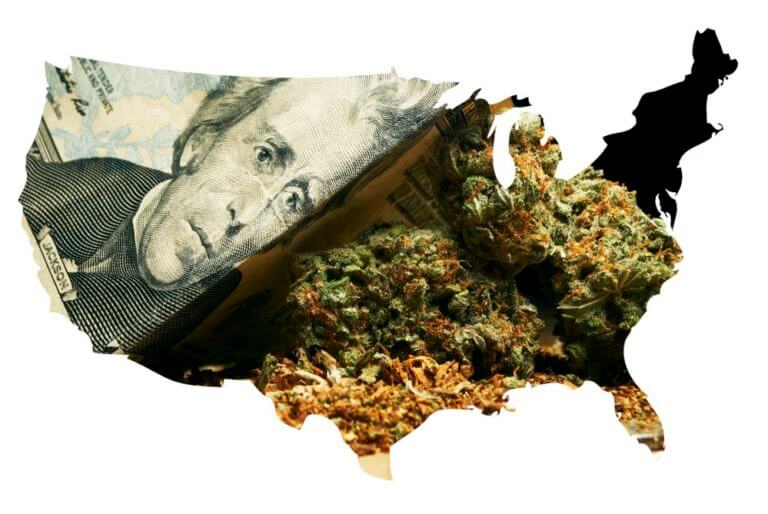 Regardless of the fact that the use, possession, transportation, or cultivation of cannabis is still illegal under federal law, there is legislation pertaining to legal medical and/or recreational marijuana use in 34 states of the US.

Of course, few people know that if a state government passes laws legalizing the use of marijuana for medical or recreational purposes, the federal government can exercise and impose its legal regulations — if they choose to do so.

In this article we talk about all of the current laws on medical marijuana in the US, all relevant updates that are taking place, and what you can expect in terms of legal cannabis use in the months (and years) to come.

Federal Marijuana Laws in the U.S.

To put it simply, marijuana is still thoroughly illegal in the US under federal law. From a legislative perspective, here are the current restrictions that are in place:

Federal vs State Marijuana Laws in the U.S.

As of 2019, there are ten U.S. states that allow for the legal adult (recreational) use of marijuana. An additional 24 states offer medical cannabis programs which allow for legal use of the drug under the guidance and recommendation of a healthcare provider (in most instances, a doctor).

In other words, nearly 70% of U.S. states (34 out of 50) now offer some sort of legal protection for the use of marijuana. Here are some key highlights and historical moments pertaining to current marijuana laws in the United States:

In 2014, President Barack Obama approved guidelines for the U.S. Justice Department that basically said the federal government would not interfere with states that allowed for the legal use of cannabis.

Among other things, Obama declared that federal marijuana-based prosecution would be restricted to cases that involved:

In January 2018 however, U.S. Attorney General Jeff Sessions famously reversed this Obama-era policy, basically giving attorneys the go-ahead to “aggressively enforce federal laws against marijuana” — even in states where it was perfectly legal.

Sessions was quoted as saying, “The previous issuance of [marijuana-related leniency] undermines the rule of law and the ability of our local, state, tribal, and federal law enforcement partners to carry out this mission.”

Then, in a later turn of events, President Donald Trump fired Attorney General Sessions (replacing him with Matthew Whitaker on November 7, 2018), leading many to believe that legal state-run cannabis programs were once again in the clear to proceed “safely” without fear of federal intervention.

The Hypocrisy of Medical Marijuana Laws in the U.S.

Even well before California legalized the medicinal use of cannabis back in 1996, the United States has had an ongoing struggle with cannabis legislation – particularly with regard to state vs. federal marijuana laws.

For generations, the U.S. federal government has painted marijuana as a dangerous, addictive, illicit substance that offered zero potential for medical use. Clearly, this was a flat-out lie.

Furthermore, few people realize that the U.S. government holds a patent on cannabis compounds for their antioxidant and neuroprotective properties. Among other things, the patent declares that cannabis compounds have application in “…limiting neurological damage following [such events as] stroke and trauma … as well as in the treatment of Alzheimer’s disease, Parkinson’s disease, and HIV dementia.”

In Summary: A Rundown of Current Marijuana Laws in the U.S.

While cannabis is still outlawed at the federal level under the 1970 Controlled Substances Act, we suspect it will only be a matter of time before lawmakers catch up with the times and legalize marijuana across the entirety of the US – if only for the potential it holds in boosting tax revenue and economic status.

Canada fully legalized marijuana in 2017, and if all goes well, it is our opinion that U.S. lawmakers will do the same in order to get a piece of the “economic action.” In other words, they will want to reap the massive financial benefits of the global market – and being one of the first major countries to legalize on a nationwide level will put them in pole position to do so.