How Cannabis Helps to Treat Fibromyalgia 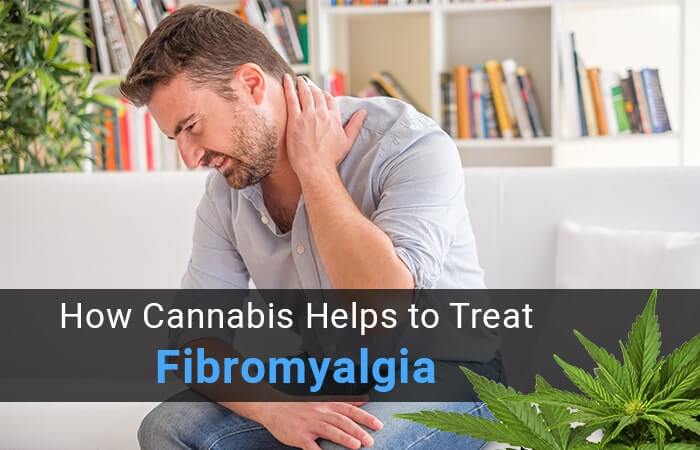 Fibromyalgia is a chronic disease that causes pain in the bones and muscles and is very often accompanied by severe fatigue. It’s difficult to treat and impossible to cure, with pain that is so debilitating that many patients even consider trying cannabis to ease the discomfort. Anyone who has fibromyalgia will tell you that it can be exceptionally devastating. On some days, simple chores like making breakfast or doing the laundry can be exhausting and even feel near impossible.

Most people know marijuana to be a recreational drug, but it has been a part of the medicinal world for thousands of years. Some studies have found that cannabis or its extracts have the potential to help with the symptoms of pain, including pain related to fibromyalgia. People who live with this disease experience headaches, nausea, and often severe pain, among other symptoms.

According to the National Institutes of Health, there’re more than 5 million Americans – most of them women – who are living with fibromyalgia. Medical cannabis is a controversial issue on almost every level. Legally, socially, and politically speaking there has been much debate surrounding the use of cannabis for many years. However, people are increasingly beginning to realize that cannabis may be a safe and effective way to treat numerous conditions.

The cause of fibromyalgia has been under much debate for years. It’s only over the last decade that doctors have come to recognize the condition, but misdiagnoses still remain very common in the medical industry. Whether or not fibromyalgia can be classified as chronic pain is still under debate since some research suggests that it may be a neurological disorder. There is still a lot of mystery surrounding the disorder, which is why it’s no surprise that doctors still aren’t certain of what causes fibromyalgia.

Genetics, physical and/or emotional trauma, and infections are thought to be potential triggers, but their direct association to fibromyalgia remains uncertain. Some studies have found a correlation between fibromyalgia and Clinical Endocannabinoid Deficiency (CECD). The endocannabinoid system (ECS) is like the internet of the body. It’s a communication network that facilitates communication between the brain, connective tissue, organs, immune cells, and glands. The primary goal of the ECS is to help your body to maintain a stable internal environment (homeostasis).

When the ECS is out of sink, health suffers. An imbalance can result in a host of issues affecting sleep, gastrointestinal health, muscle spasticity, and mood, to name just a few. These are all symptoms that are prominent among people who suffer from fibromyalgia.

How Does Medical Cannabis Compare to Traditional Fibromyalgia Treatment?

Fibromyalgia is not an easy condition to treat, but there are drugs, lifestyle habits, and alternative remedies that may help to improve sleep and decrease pain. Doctors may prescribe pain medication or antidepressants to treat fatigue, depression, pain, and anxiety. Also, it may be recommended to participate in physical therapy, regular aerobic exercise, applying moist heat, stress reduction, and relaxation to help self-manage symptoms.

There is no one pill that is available to treat or cure fibromyalgia. A multipronged approach that uses both medication and lifestyle strategies seems to be the best way to treat the symptoms of fibromyalgia. The three most common drugs used to treat the disorder are:

Research has shown that cannabis could be used by fibromyalgia patients to supplement their existing treatment and reduce the severity of their symptoms. A survey done by the Global Pain Initiative in 2014 interviewed more than 1,300 fibro patients. 30% of respondents tried using cannabis to treat their symptoms, and 60% of them claimed that cannabis was highly effective, while 33% said that it helped a little. In other words, out of 450 fibromyalgia patients who tried cannabis, 405 found it to work in some way or another.

Medical evidence has found that cannabis is incredibly effective at alleviating chronic pain and doesn’t carry the same risk as of overdose or dependence as opioids do. Also, medical cannabis has been found to regulate sleep, and in some cases (depending on the dosage and concentration of cannabinoids), it can promote wakefulness and stimulate the mind. These are things that could greatly benefit fibromyalgia patients.

How does cannabis relieve fibromyalgia symptoms?

While research into exactly how cannabis works to treat fibromyalgia is very limited, scientists and doctors assume that it all has to do with the effect that cannabis has on the endocannabinoid system (ECS). As we mentioned above, one of the main causes of the disease is thought to be Clinical Endocannabinoid Deficiency (CECD).

CECD occurs when our system doesn’t produce enough endocannabinoids – which are our body’s natural cannabinoids. By supplementing those substances with cannabinoids from cannabis, we help our body to maintain the cellular basis that we need to function normally. Here are a few ways that cannabis helps to relieve symptoms of fibromyalgia.

Medical cannabis is well-known for its analgesic effects produced from a number of cannabinoids, including CBD and THC. When medicating for pain relief, patients should look for cannabis strains that are high in myrcene, which is a terpene associated with pain relieving properties. CBD-heavy strains are also great for providing pain relief without the psychoactive effects related to THC-heavy strains.

In an online survey done by the National Pain Foundation and NationalPainReport.com, it was reported that was reported that 62% of patients who used cannabis to treat fibromyalgia found the drug to be “very effective” in treating their disorder. Cannabis drastically outperformed prescription drugs like Lyrica and Savella.

Pain during the night

Many fibromyalgia cannabis patients turn to edibles to get them through the pain during the night. Edibles will typically last longer than cannabis that is smoked and can aid in both sedation and pain relief. Since edible doses vary from person to person, it’s recommended that patients start with a low dose (about 5 mg) and give it up to four hours to kick in.

Four hours seems like a long time, but things like an individual’s immune system and diet, along with a number of other factors, can affect the length of time that it takes cannabis to travel through the system. You can increase doses in small increments until you find the amount that works best for you.

Living with chronic pain can reduce mood and cause friction, which sometimes leads to anxiety and depression. Most fibromyalgia patients find it very difficult to keep in good spirits when dealing with such intense pain. Cannabis strains that are high in Limonene can help to improve mood, and CBD-heavy strains are known to have a calming effect and help alleviate anxiety.

Many fibromyalgia patients suffer from muscle tightness, inflammation, and muscle spasms. Both the cannabinoid known as CBG and the terpene caryophyllene have the potential to combat inflammation. When THC and CBD are combined in a 1:1 ratio, they are known to be effective in reducing muscle tightness and spasms.

While both indica and sativa strains of cannabis have benefits, many fibromyalgia patients are finding that a 1:1 ratio of CBD and THC is most effective for reducing muscle spasms. Trokie is a brand that offers a 1:1 sublingual that has been found to be a big help for many patients suffering from fibromyalgia. There are a number of other concentrate and edible options which lie around the 1:1 ratio.

Fibromyalgia patients often deal with gastrointestinal issues due to muscle spasms and sometimes have to deal with irritable bowel syndrome (IBS). Research has shown that cannabis has the potential to treat the symptoms of gastrointestinal disorders, partly because it interacts with endogenous cannabinoid receptors that are found in the digestive tract, which can result in assuaging pain, calming spasms, and improving mobility.

Fibromyalgia often involves a wide variety of symptoms, so it’s unlikely that a single treatment will work for all. However, cannabis may be exceptionally effective since it has the potential to treat a number of different issues associated with fibromyalgia. As always, it’s advised that you speak to your doctor before adding cannabis to your health regime to ensure that there won’t be any adverse interactions with other medicines that you may be taking.