How Do I Know if I Qualify for an MMJ Card? 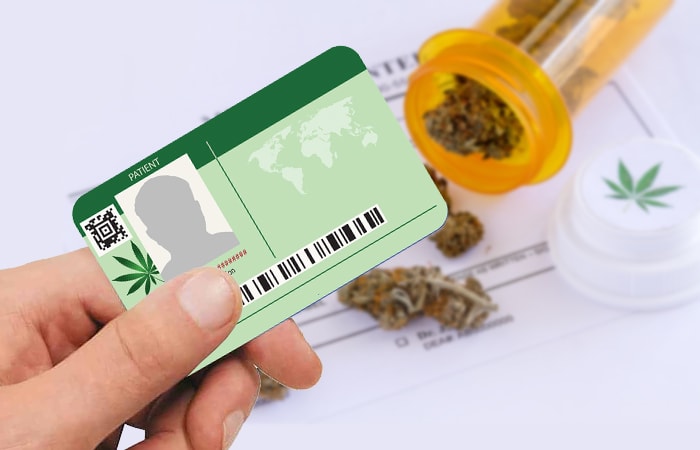 However, it is still a surprisingly nerve-wracking thing to try and apply for a card, as there is always that element of uncertainty regarding whether or not you actually qualify for a medical marijuana card.

So, how are you supposed to know if you do properly qualify for a medical marijuana card?

What is a Medical Marijuana Card & What Does it Entitle You to?

Simply put, a medical marijuana card is a way for the government to approve your usage of medical marijuana. As this is still a time when the government and a large chunk of the population as a whole are still strangely concerned about marijuana use and its possible side effects on society, there is significant pushback against the idea of just allowing everyone access to marijuana whenever they want it.

Although there are roughly ten states that have fully legalized marijuana for open sale, you still need to have a medical marijuana card if you want to be able to gain access to marijuana in the majority of US states.

A medical marijuana card is thus a sort of passport that enables you to be able to purchase marijuana for medical purposes only. The exact rules behind this change depending on which US state you live in, as some states allow medical marijuana users to purchase whatever strain they want from local dispensaries, whereas others try to regulate and control the potency of available strains.

To get a medical marijuana card, you need to have been approved by a registered doctor – preferably your local GP, though some states allow for any doctor to prescribe you medical marijuana, leading to a huge number of ‘Marijuana Clinics’ that spring up to provide residents with medical marijuana cards more quickly than speaking to their local doctors and having to argue with them about the usefulness of marijuana.

The key question that most people are concerned with, however, is what kind of conditions actually get you access to a medical marijuana card? This is important for those that are looking for a reason to be able to access medical marijuana in their state, but it is also important for those that are concerned there might be something wrong with them.

After all, if you suffer from an ongoing condition and you live in a state with legalized medical marijuana, wouldn’t you want to know whether or not you could be entitled to a medical marijuana card?

So, how are you supposed to know if you qualify for a medical marijuana card?

How You Know if You Qualify for a Medical Marijuana Card

The idea of applying for a medical marijuana card is almost alien for many people; we have all grown up with the idea of marijuana being incredibly dangerous and possibly addictive. Commercials, governmental spokespersons and even our teachers have all drilled into our heads that marijuana is a gateway drug and is somehow capable of utterly ruining all of our lives.

Well, in actuality, there are a huge number of conditions that most people can and do suffer from that would benefit from being treated by marijuana. The problem is that most people don’t realize that marijuana could help them, so they never go to their doctor and actually talk to them about possibly getting their own medical marijuana card.

What kind of conditions do people have that could be treated using marijuana?

Mental Disorders – They Are More Prevalent Than You Might Think

Whenever someone reads the term ‘mental disorder’ they immediately start thinking of those with serious, debilitating conditions like schizophrenia or severe depression; things that, if you have them, you know you have them and which require serious medical treatment to get better.

It turns out that there are actually numerous different mental conditions that exist which could be massively improved if sufferers had access to medical marijuana.

One of the most common forms of this is chronic stress. Everyone is obviously familiar with stress, as it is an everyday part of our lives and an evolutionary trait necessary for our survival.

However, we did not evolve to work 9 hours a day in an office and somehow manage to balance our work, our home life and all the other things that our lives required – this unending combination of different things that require our attention can and does lead to near constant stress.

Marijuana is an excellent tool to help combat stress, as it allows you to self-medicate and improve your mental health. For combating stress, high-THC strains are often used, as they encourage the release of helpful neurochemicals that allow you to banish feelings of stress and go about your day normally.

This is the same reason why anxiety and depression are often treated using marijuana in quite literally the same way.

By allowing those that struggle with these mental issues access to marijuana, they are able to re-train their brains to accept positive thoughts and just generally not focus so much on their negative thought patterns and debilitating negative moods.

The key thing here is that there are far more people that struggle with these conditions than you could possibly realize.

Although it often goes undiagnosed, there are huge quantities of people that have anxiety or depression and simply don’t realize it. However, the more you read about these conditions, and the more you understand that these conditions can be treated using marijuana, then it becomes far more likely that you might realize you have a problem and seek to get your own medical marijuana card.

So, if you find yourself struggling with anxiety, stress or overly negative thoughts, consider speaking to your doctor about them and trying to get a medical marijuana card.

What about more physical conditions, however? How do you know if you qualify for a medical marijuana card based on a physical illness?

Physical Illnesses – So Many of Them Are Affected By Marijuana!

With physical illnesses, there is this expectation that conventional medicine and (in the case of damage done to your skeletal structure) physical therapy should be all you need to try and combat your problems, and that once you take your medicine and see your doctor, you are going to be completely fine.

However, there are many physical ailments plague humankind that doesn’t have an immediate cure, nor do they have a way to treat them in a straightforward manner that means that they will be completely gone.

For many of these diseases that lack proper medicinal cures, they stay with you for years after you develop them, sometimes forcing you to have to deal with them for the rest of your life.

Conditions like Multiple Sclerosis and Parkinson’s Disease are two great examples of this – there is plenty of medicine that does help to reduce tremors and negative symptoms, but the vast majority of people will often find that they don’t work as intended.

Marijuana can actually be used to help treat all manner of different physical conditions – in the case of Parkinson’s Disease, marijuana can be used to slow the degeneration of the neurons in the brain, as well as just generally reducing tremors and improving your quality of life.

While there is still plenty of scientific doubt around the ability for marijuana to ‘cure’ all of these physical conditions, they are still absolutely good reasons to try and get your own medical marijuana card. Even if they don’t completely cure your condition, they can help you cope and make getting through it a lot more bearable.

Speaking of using marijuana as a coping mechanism, there is one final branch of illnesses that are usually considered valid reasons for getting a medical marijuana card.

Though no one likes to talk about it, there are plenty of diseases out there that can prove terminal for the sufferer. Conditions like Stage Four Cancer, Huntington’s disease and dozens of other diseases all cause the patient to deteriorate and, eventually, die.

With these diseases, any treatment that is provided is not necessarily about trying to combat the disease, but instead to support the quality of life for the sufferer and extend their life as long as possible, all while trying to mitigate pain and unpleasant symptoms.

This is known as palliative care and is something that marijuana absolutely excels at.

By giving marijuana to those with terminal illnesses, patients can enjoy a higher quality of life, a reduction of pain, inflammation and negative thoughts, and can just generally enjoy themselves without struggling with their condition.

Final Thoughts on Qualifying for a Medical Marijuana Card

The important thing to remember about trying to qualify for a medical marijuana card is that you probably already do qualify without even realizing it.

Though some states are harsher than others, it is still incredibly likely that, without even realizing it, you already qualify for a medical marijuana card.

Visit Site
Read Review
0 responses on “How Do I Know if I Qualify for an MMJ Card?”