How to Get a Medical Marijuana Card [The Complete 2019 Guide] 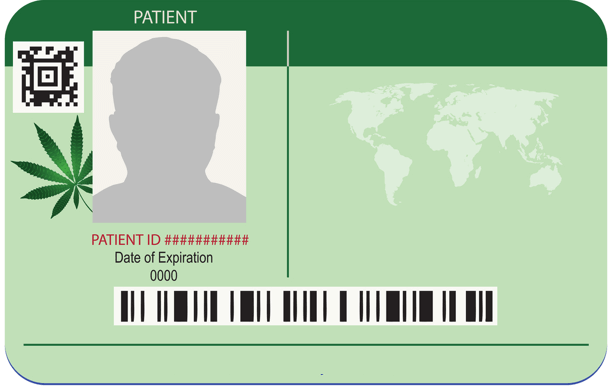 When traditional treatments fail, medical marijuana can serve as a boon to many ailing patients. However, seeking marijuana as a treatment drug requires several procedures and tasks to be accomplished in an efficient and timely manner.

Naturally, the first step involves getting an MMJ card. In states that offer an operating medical cannabis program, this will allow you to buy, possess, use (and in some instances even grow) legal medical marijuana.

How to Get a Medical Marijuana Card in 2019

As we said, each of the 34 states that offer some form of legal medicinal weed will vary slightly in terms of the process required to get approved for medical cannabis. In some states (such as California), you can get approved online within minutes, without ever having to leave your home. In other states (such as Massachusetts), the process is a bit more in-depth.

Whatever state you live in however, there are three “universal” requirements that you’ll need before you can get a medical marijuana card and start buying cannabis products legally from a licensed dispensary.

Simply put, you cannot get a medical marijuana card in the state you live in unless you are a resident of that state. You will need to provide proof of residency, which can be easily validated in most cases with a driver’s license. Since marijuana is not legal in all U.S states, however, you cannot use your medical marijuana card in a state outside of the one you live in (there are some exceptions to this). Although the number of states that are legalizing medical cannabis is on the rise, there are still legal restrictions in place.

2. Eligibility Under a Qualifying Medical Condition

In the majority of states that offer medical cannabis (but not all of them), there is a list of qualifying conditions that act as a prerequisite for the approval of marijuana use. In other words, a person has to be first diagnosed with a chronic health condition which makes him or her eligible for an MMJ card. Though the exact list of conditions will vary from state to state, these are the most common ones that will “qualify” one for the use of medical cannabis:

Also, please note that not all states permit the use of “smokable” marijuana (i.e. dry flower). In some states, marijuana consumption can only be done via vaporization and/or through cannabis oil extracts.

Also, apart from the above-mentioned diseases, it is the doctor who ultimately decides whether you are eligible for medical cannabis treatment. There are even some states (like Oklahoma) that more or less leave the decision up to the doctor, and provide no specific list of qualifying conditions.

Furthermore, if your medical condition does not qualify on your state’s list of diseases, be advised that you may be able to submit an appeal to the appropriate state department. In many instances, states will make an exception at the request of a doctor so that a patient may qualify for cannabis treatment – even if their diagnosed condition is not included on the list.

3. Getting a Doctor’s Approval

Simply put, doctors DO NOT have to recommend marijuana for their patients – even if they practice in a state that has legalized cannabis for medicinal use.

In places like Louisiana for example, it can be difficult finding a licensed doctor that is willing to issue a recommendation for the use of medical cannabis. This is mostly due to conflicts or misunderstandings in the interpretation of the law.

In most states, however, specific cannabis clinics (otherwise known as “420 clinics”) are available for the sole purpose of meeting with patients and issuing medical marijuana recommendations. More often than not, the process simply involves meeting with a doctor, paying a fee, and then they will complete all necessary paperwork measures in order for you to get your valid MMJ card.

If you are unsure of where to find a cannabis doctor in the area you live, feel free to contact us – we’ll be glad to help. Otherwise, simply go onto Google and type in “marijuana doctor near me” – you will be surprised at the number of options that are available.

In terms of card renewals, an MMJ license is generally issued for one year (though the time period may vary from state to state depending on specific regulations that are in place).

How to Get a Medical Marijuana Card in 2019: A General Summary

And of course, medical dispensaries that sell marijuana can also be found online. In some states, the entire process for how to get a medical marijuana card can also be completed online. If you’re wondering how to apply for an MMJ card online, be advised that you must be a resident of either California, Nevada, or New York. These are the only states that currently offer online telehealth services which allow doctors to issue cannabis recommendations without seeing the patient in-person.