Is the Mega-Potent Time Bomb Joint the Pinnacle of Marijuana Smoking? 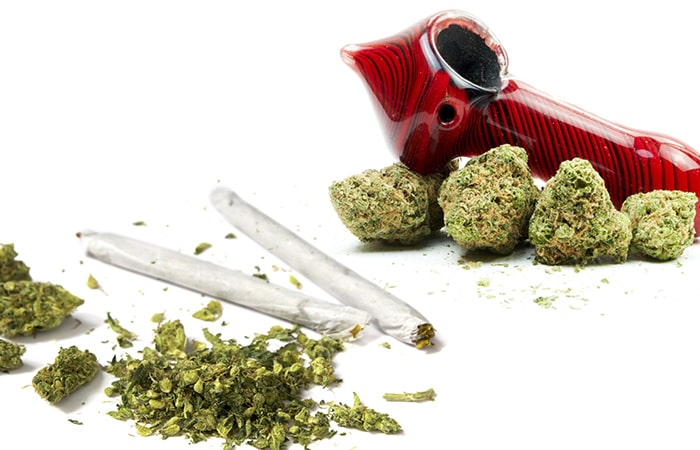 Ever since we humans began smoking marijuana, we have been focused on finding the very best, most potent ways to enjoy it.

This doesn’t just mean the most delicious and wonderful smelling strains; it also includes trying to breed the most potent possible strains and imbibe them in the ways that mean we get the most THC out of them.

Most methods of imbibing marijuana, such as using a bong or a joint, are decent enough for everyday use but lack any kind of advanced sophistication. What we need is something more potent; something with the potential to completely wipe out your day and give you the high of a lifetime.

One possible candidate is the mega-potent marijuana Time Bomb, one of the most prolific ways to try and combine two different ways of smoking weed and give you the most significant high you could ever dream of.

So, is this mega-potent Time Bomb the pinnacle of marijuana smoking? Let’s take a look at it and work out exactly what it is and how to make one.

What is a Marijuana Time Bomb & Why is It So Potent?

The marijuana Time Bomb is the type of name that you would almost expect to be associated with something incredibly dangerous; perhaps actually even deadly.

The idea of a time bomb is something linked only to terrible action movies – something that the villain sets up to explode and kill the good guys at a conveniently stoppable time later on in the movie.

However, like this insanely powerful marijuana joint shows, time bombs can sometimes be exceptionally fun as well. Despite its terrifying name, the Time Bomb joint is simply a way of combining two different methods of imbibing weed to make an even stronger experience.

The basic principle of the Time Bomb is to combine a joint with a regular bong hit. By using the most potent marijuana possible, you can make a single marijuana experience not only last longer than a regular marijuana joint or bong but also get a lot more out of it.

You light the joint, carefully suctioned into the weed that is held inside the bong bowl, breathing gently but consistently in order to keep the joint lit. As the joint runs out, it begins to ignite the bowl, allowing you to, in a sense, enjoy an exceptionally long joint that just never seems to end.

There is also some science behind the entire experience as well; by holding the joint within the suction of the bong bowl, any excess smoke from the joint is contained within the bong tube itself, meaning that it isn’t waste to the air.

Any regular marijuana joint smoker is familiar with that little bit of excess when you intake, resulting in a small loss of your precious weed. In a marijuana Time Bomb, all this excess is held inside the bong, just waiting for you to imbibe at your pleasure.

Additionally, by being able to cool the hot smoke, you can enjoy the bong’s most significant benefit: Water filtration.

When the marijuana smoke passes through the cool water in the bong tube, it is not only cooled through osmosis heat transference, but it is also filtered, leaving in the water any burned remains or unpleasantly charred plant parts. This is what makes the bong experience far smoother and less acrid than smoking a regular joint.

By using a Time Bomb, you can enjoy the benefits of both. So, by now, you are probably hankering to have a mega-potent Time Bomb joint, so how exactly do you go about making one yourself?

How Do You Make a Marijuana Time Bomb?

The basic principle of the marijuana Time Bomb is pretty simple, so it might seem like you don’t need any kind of advice to make your own. However, there is a surprising amount of intricacy required in making the perfect marijuana Time Bomb.

First of all, you need to make sure you roll your joint perfectly – if there is any loose rolling paper or air pockets, then you run the risk of not getting anywhere near the useful benefits of your Time Bomb’s sweet potency.

Make sure you roll it incredibly tightly, with all of the weed pressed down and adhered properly inside the roll. If you are the type of marijuana smoker to prefer a blunt, which means a joint made from a cigar leaf, then this would work just fine as well, but you need to make sure you roll it quite thin.

If the tobacco leaf is too thick or wrapped too many times, you run the risk of it not being able to ignite the bong bowl properly when the fire runs to the bowl.

Once you have your joint all rolled up, you need to pack your bong bowl. To begin with, you need to grind your marijuana into a consistent coarseness finely; you don’t want to make it too fine, like espresso powder, but instead more like coarse sand. This ensures the best mould with which to contain your joint. All this sophistication and elaborate craftsmanship might explain why this is primarily a recreational method of imbibing, rather than something that medical marijuana users use.

With regard to packing the bowl, you need to avoid the tried and tested traditional method of just throwing a handful of bud into the bowl and hoping enough of it sticks.

You need to be careful when positioning the marijuana inside the bowl, tamping it down a few times so as to make it compact enough to light later on. Alongside this, you need to ensure there is a small divot in the centre of the bowl. This is to hold the marijuana joint and stop it from falling out of the bong.

Remember, for the Time Bomb to work properly, the marijuana joint needs to not only stand on its own, it needs to be held by the marijuana within the bowl in such a way that, when the joint’s flame expires, it perfectly ignites the bowl as well.

This means that the weed needs to be tightly packed enough for its hole to perfectly fit the marijuana joint, but also provide an element of suction. This is what makes it possible for the marijuana joint to actually be breathed in as you intake from the bong pipe.

If you don’t provide adequate packing in your bong bowl, then you run the risk of the majority of your joint’s smoke falling off into the distance, lost forever.

Once you have it all built properly, you only need to light up and inhale. The only difference between regular intake of breath with a normal bong is that you need to breathe in more slowly and consistently so as to keep the joint burning smoothly. If you do a sharp, sudden intake, you run the risk of extinguishing your joint or burning it inconsistently, which will cause a lot of problems once it burns down to the bong bowl.

The only other important thing to know when enjoying your own, homemade mega-potent marijuana Time Bomb is that, once your joint begins to burn out and reach the bowl, you need to quickly, sharply breathe in.

This allows for the marijuana that is held in your bong bowl to be ignited, transferring the flame from your joint to the bowl.

Once that’s all done properly, you only need to sit back and enjoy possibly the most potent marijuana experience imaginable.

The idea of finding an ultimate way of enjoying marijuana might seem like a pipe dream, something utterly imaginable. After all, since we have been enjoying marijuana for centuries, it would make sense that we have found all the best possible ways to enjoy marijuana.

However, by simply combining the advantages of both joints and bongs, you can enjoy a marijuana experience like no other. It is not only massively potent, but it is also long-lasting and incredibly smooth.

Although it does require a fair amount of initial setup, as well as a considerable quantity of quality control in making sure that both your joint and your bong bowl are perfectly packed, the end result is massively worth it.

We may never find out the absolute best, most perfect way to enjoy marijuana, but in the meantime, at least we have the mega-potent marijuana Time Bomb.