What is a Medical Marijuana Card [All You Need to Know for 2019!] 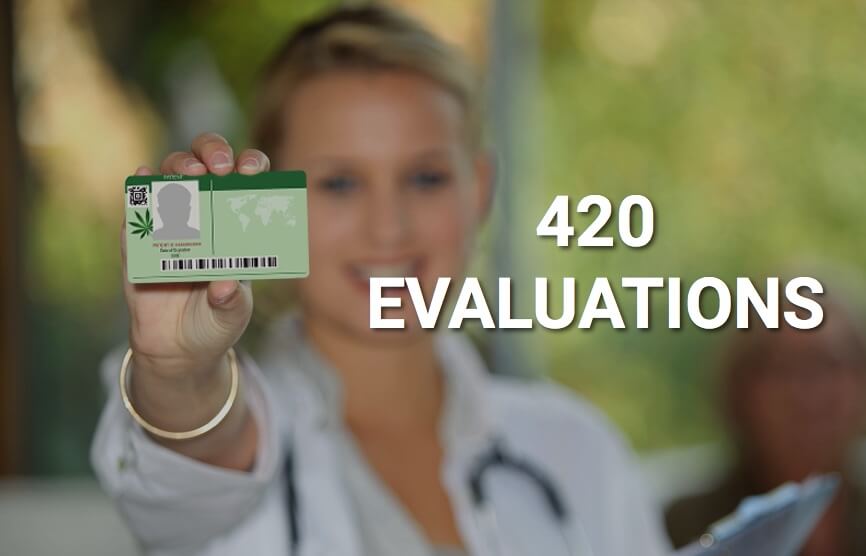 Simply put, a medical marijuana card (MMJ Card) is a state-issued identification card that allows you to buy, possess, use (and in some cases even grow) medicinal cannabis.

Each state has different criteria and guidelines when it comes to the use of medical marijuana, and MMJ cards are typically issued upon the issuance of a doctor’s recommendation. In most instances, an applicant must be diagnosed with one of a list of qualifying conditions that have been determined by the state. In other cases, states leave the recommendation process almost entirely up to the doctor.

In this article, we answer the question of ‘what is a medical marijuana card?‘, including information on how you can apply to get one, how much they cost, and where they can be used at.

What is an MMJ Card? Or More Importantly, What ISN’T It?

Basically, an MMJ card is a form of identification that entitles the bearer to buy, use and possess various types (and amounts) of cannabis for medical and health purposes. Of course, it is important to point out that marijuana is NOT an FDA-approved medication. In other words, doctors cannot issue a “prescription” for its use.

However, the MMJ card is still issued by the state in the form of a “doctor’s recommendation” – in other words, he or she recommends that you use cannabis to treat your ailment, even though they are not telling how which product to use, how much to take, etc.

As of 2019, the sale and possession of any form of cannabis is still prohibited at the federal level, even though medical marijuana is now legal in 34 states (as well as Puerto Rico, Guam, the U.S. Virgin Islands, and Washington D.C.).

In a general sense, specific laws and regulations on medical cannabis in each state require patients to obtain a medical marijuana card in order to possess the drug. Each and every state has devised a different framework of laws regarding cultivation, possession, and purchase of cannabis, and there are also rules as to the amount of marijuana a patient is allowed to carry at any one time.

What is an MMJ Card – And What Can I Buy With it?

Some states only allow for the possession of cannabis oil extracts that have restrictions on their THC content. In other words, dry flower (that you would traditionally smoke in a joint or bowl) is banned in many states that offer a medical marijuana program.

While the reasoning behind this is controversial, authorities mostly site evidence that smoke inhalation is hazardous to the health, and thereby mandate that medical cannabis be consumed via a vaporizer or oral tincture.

In Florida, for example, the smoking of marijuana was initially outlawed for approved medical patients – a fact which angered thousands of state residents and prompted a few prominent attorneys to sue the state (as of January 2019 smokable cannabis has been approved for qualified patients).

The Medical Marijuana Card: Where Did it Come From?

In terms of history, California was actually the first state to pass laws for the medical use of cannabis way back in 1996. Then in 1998, Oregon, Washington, and Alaska all followed suit and adopted a legal medical cannabis program of their own.

Since then, an additional 31 states have passed some sort of legislation that allows for the medicinal use of marijuana. In fact, as of 2019 almost 70% of the U.S. allows for legalized medicinal cannabis – at least to some degree.

Of course, the use and possession of marijuana is still outlawed at the federal level, and has been since 1970 (with the passing of the Controlled Substances Act).

What Do I Need to Get a Medical Marijuana Card?

Every state that offers a legal medical cannabis program is slightly different in terms of how you go about getting a valid medical marijuana card. In most states, lawmakers have issued a defined list of qualifying medical conditions that one must be diagnosed with in order to become approved as a legal MMJ patient.

The full list of conditions varies from state to state, but typically they include conditions such as:

Oddly enough, conditions like depression, insomnia, and anxiety are not approved qualifying conditions in most states that offer legal medical marijuana cards. On the flip side however, some states do not have any set list of qualifying conditions at all – they simply leave the recommendation process up to the doctor.

All in all, a medical marijuana card is typically obtained in consultation with a healthcare provider who states that the patient is eligible to obtain the MMJ card (and consume medical marijuana). In most instances, the MMJ card is issued for a period of 12 months, after which it has to be renewed.

Of course, different states pose different criteria for possessing a medical marijuana card – it is up to you to do your own research and understand the exact process for the state that you live in.

Uses of Medical Cannabis with a Valid MMJ Card

As we said, medical cannabis is typically recommended to patients by doctors for the treatment of certain ailments. However, there is at least one FDA-approved cannabis medication that can actually be prescribed by doctors, in which case health insurance would actually cover the cost of the prescription.

Epidiolex was approved back in 2018, and is a CBD-based drug used to treat two rare forms of epilepsy (Dravet syndrome and Lennox-Gastaut syndrome) – mostly in children. For those who don’t know, CBD is a natural non-psychoactive component in marijuana that has medicinal purposes, but does not cause a high.

CBD oil is actually available in all 50 states, and in addition to seizures and epilepsy, it is being used to treat all sorts of conditions including things like chronic pain, obesity, migraines, insomnia, depression, stress, and anxiety.

From a clinical perspective, due to government regulations and limitations on the testing of cannabis of the past several decades, there is limited evidence that cannabis is useful as a medicine. However, there have literally been thousands of publications citing its potential for the treatment of cancer (particularly symptoms of nausea and vomiting that follow chemotherapy and radiation sessions), HIV/AIDS, muscle spasms, neurological problems, arthritis, inflammatory bowel diseases (including Crohn’s and diverticulitis), and PTSD – just to name a few.

In most states, once you get a medical marijuana card you will be required to buy your medication at a licensed dispensary. In some states you are allowed to grow your own plants, but cultivating cannabis for therapeutic use is a task best left to professionals.

In terms of available products, you can typically use a medical marijuana card at a licensed dispensary to buy cannabis in the form of edibles, lotions, oils extracts, and dry flower (state departments that oversee the MMJ cards process usually provide a list of all operating dispensaries within a general location).

Medical marijuana dispensaries can also be found online, where you can read customer reviews and even place orders for free home delivery. There are even telehealth services available now that allow you to apply for and get a medical marijuana card 100% online without ever having to leave your home.

The future of cannabis is now, and we can only expect that medical use of the drug will continue to increase in the coming years – if, that is, marijuana is not legalized at the nationwide level beforehand.

Visit Site
Read Review
0 responses on “What is a Medical Marijuana Card [All You Need to Know for 2019!]”