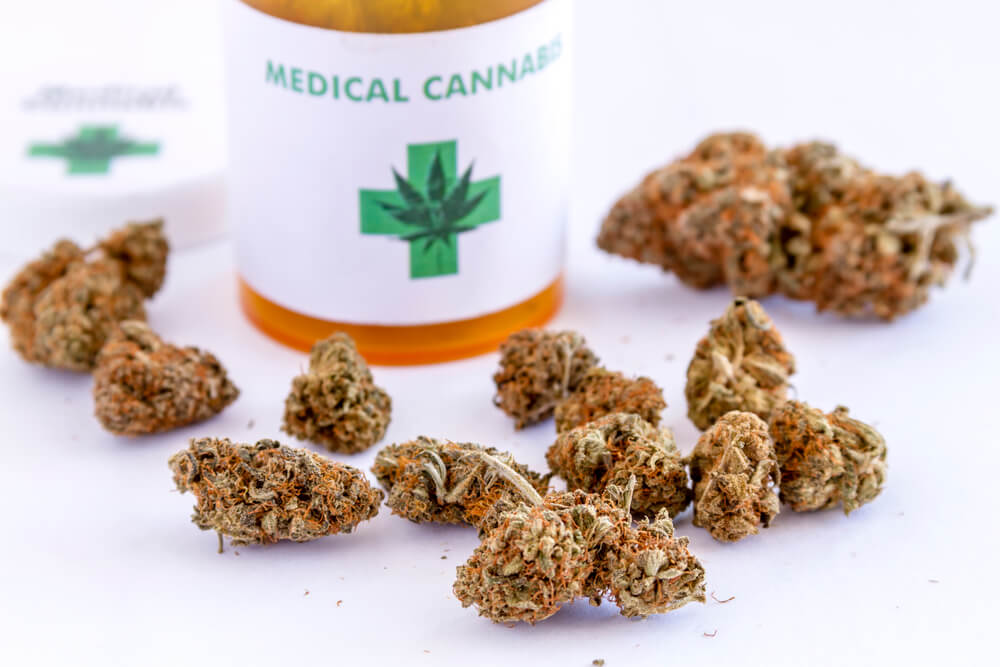 It’s that time of year again when we provide you with an update on the various qualifying conditions for a medical marijuana (MMJ) card. At the time of writing, there are 29 states (plus D.C.) where it is legal to purchase medical marijuana. Each state has its own possession limits. For example, Massachusetts residents can have a 60-day supply for personal medical use (up to 10 ounces) while in North Dakota, you can have a maximum of 3 ounces in a 14-day period.

As marijuana is ludicrously classified as a Schedule 1 drug by the DEA, purchasing it illegally will lead to some stiff state and federal penalties. For example, if you’re caught with any amount of marijuana in Arizona, it is a felony offense. Possession of fewer than two pounds is a Class 6 felony and results in a minimum fine of $1,000 and at least four months in prison.

Although marijuana possession is illegal on a federal level, you will escape punishment if you possess an MMJ card in states where medicinal use is permitted. As it happens, there are dozens of qualifying conditions, and since new medical issues are occasionally added, an annual update is necessary. Here are 15 of the most common qualifying conditions for a medical marijuana card. Please note that some of these conditions only qualify in specific states.

This is an eye condition where the optic nerve is damaged over time and leads to reduced peripheral vision. A common cause is an excessive pressure within the eye (intraocular pressure or IOP), and this condition sometimes leads to blindness.

Marijuana has been used to treat glaucoma since the 1970s and studies have shown that glaucoma patients experience a reduction in IOP when smoking cannabis. The main issue is that you need to smoke marijuana several times a day as glaucoma must be treated 24/7. Arizona is one of the states where marijuana is legal for glaucoma.

While fibromyalgia is often classified as a chronic pain condition, recent evidence suggests it is a complex neurological disorder. As well as suffering severe pain, people with Fibromyalgia experience chronic fatigue, joint stiffness, and headaches.

Some sufferers believe the condition is caused by an endocannabinoid deficiency which is dealt with by marijuana. Users suggest using edibles at night and smoking during the day. Arkansas is one of the states where marijuana is legal for fibromyalgia.

According to HIV.gov, there are 1.1 million American living with HIV, and 14% of them don’t realize it. HIV is a virus that weakens the immune system which makes it easier for conditions such as cancer and liver failure to take hold in the body.

A 2017 article published in JAIDS found that THC could be capable of preventing HIV from becoming AIDS which is the term used to describe the situation when a person with HIV is unable to fight off infections. California is one of the states where marijuana is legal for HIV/AIDS.

Sometimes abbreviated to PD, Parkinson’s is a progressive and permanent condition that affects your nervous system. As the condition gets worse, patients suffer from severe stiffness and slowed cognition. Eventually, they experience symptoms such as difficulties moving and speaking.

Marijuana is believed to result in an array of benefits for PD including improved quality of sleep, reduced tremors and pain relief. It may cause some side effects, but marijuana tends to work quickly in patients with PD. Connecticut is one of the states where marijuana is legal for Parkinson’s.

Multiple Sclerosis (MS) is a neurodegenerative autoimmune disease that affects the optic nerve, spinal cord, and brain. Patients with MS suffer immense pain as their immune system mistakes neurons as invaders and begins to attack them. Ultimately, the neurons no longer send basic signals to the rest of the body.

While MS has no cure, marijuana offers significant relief from pain. It also stops muscle stiffness and spasms, helps digestion, aids sleep and reduces instances of depression in MS patients. Florida is one of the states where marijuana is legal for MS.

Crohn’s Disease is a medical condition that results in the inflammation of the digestive system or gut. It can affect the lining of the bowel and go deeper into it. It is one of the two main forms of IBD and is a chronic condition with symptoms such as mouth ulcers, weight loss, and fatigue.

A 2011 study involved providing 30 Crohn’s Disease patients with marijuana. They all reported a significant improvement in their overall wellbeing. Georgia is one of the states where marijuana is legal for Crohn’s Disease.

According to one medical journal, marijuana has been used to treat epilepsy for thousands of years. Marijuana helps reduce seizures in people living with epilepsy as was seen in the famous cause featuring Charlotte Figi.

Strains containing CBD are favored for epilepsy because they don’t lead to a psychoactive high. As a result, children can use medical marijuana. Hawaii is one of the many states where marijuana is legal for epilepsy.

While no one is claiming that marijuana is a cure for cancer, it is used to ease the symptoms of chemotherapy. However, there is a growing body of preclinical evidence which suggests that marijuana can do much more for cancer patients.

The plant is potentially capable of killing cancer cells because it can halt the growth of malignant cells, prevent metastasis and it could even cause cancerous cells to kill themselves! Research is ongoing, but multiple states allow cancer patients to use marijuana for medicinal purposes.

Hepatitis C is classified as a viral disease caused by the hepatitis virus. It results in the inflammation of the liver and can result in acute and chronic infections. Recent research suggests that marijuana has significant therapeutic properties for patients with Hepatitis C.

One of the main benefits is its anti-inflammatory properties which decrease inflammation of a damaged liver. It is also effective for symptoms such as nausea and vomiting. Maine is one of the states where marijuana is legal for Hepatitis C.

Also known as anorexia nervosa, this condition is an eating disorder which results in weight loss, poor body image and a fear of gaining weight. The condition can be traced to physical changes in the brain as it is a psychological disorder.

In 2011, Bulgarian researchers found that the endocannabinoid system was underactive in women with bulimia and anorexia. The THC in marijuana reacts with the CB1 receptor and helps increase appetite. When you consume THC, the result is a surge in ghrelin, a hormone that causes the feeling of hunger. Maryland is one of the states where marijuana is legal for anorexia.

Alzheimer’s disease is the most common form of dementia; it is a neurological disease which affects a variety of brain functions including memory. Common symptoms include confusion & disorientation, problems with speech & language and anxiety.

As the endocannabinoid system could play a major role in neurodegenerative diseases such as Alzheimer’s, it is hoped that marijuana can help patients with the condition. Marijuana could potentially fight inflammation, prevent cell death and stimulate cell growth. Michigan is one of several states where marijuana is legal for Alzheimer’s.

Chronic pain is potentially a debilitating condition and patients will do almost anything to feel some relief. Unfortunately, this means taking harmful opioids that are killing tens of thousands of people each year.

Marijuana is a natural pain reliever with none of the side effects. A systemic review of studies led by Harvard found that weed provided relief to patients in virtually every case. Most states where marijuana is legal classify chronic pain as a qualifying condition.

ALS is a progressive and fatal neurological disorder where the motor neurons in the spinal cord and brain die. The muscles that rely on them waste away and cause symptoms such as rigidity, muscle spasms, and inflammation.

Research suggests that the endocannabinoid system (ECS) plays a significant role in the progression of ALS. Marijuana contains compounds that interact with the ECS which means it is potentially an agent that modifies the disease. New York is one of the states where marijuana is legal for ALS.

Post-traumatic stress disorder (PTSD) is classified as an anxiety disorder, and it often occurs after being exposed to a traumatic event where you may have been hurt physically or emotionally.

Veterans in particular benefit from marijuana after returning from a harrowing tour of duty. According to research, people with PTSD have lower levels of anandamide so, in simple terms, people living with PTSD have an endocannabinoid deficiency. Marijuana can replenish the missing endocannabinoids and give patients some relief from their terrible memories. Ohio is one of the states where marijuana is legal for PTSD.

Also known as ‘wasting syndrome,’ cachexia is a condition whereby the patient loses a significant amount of weight. When the condition becomes severe, the patient may experience muscle wasting.

Research shows that THC influences the neural networks to convince the brain that it is time to eat. Weed’s anti-nausea effects may also help patients eat more frequently. Oregon is one of the states where marijuana is legal for cachexia.

Yet another year goes by where marijuana bizarrely remains illegal on a federal level. However, if you live in one of the 29 states (plus D.C.) where marijuana is legal for medicinal purposes, and you have one of the above conditions, you should qualify for a medical marijuana card.