Telemedicine: Everything You Need to Know 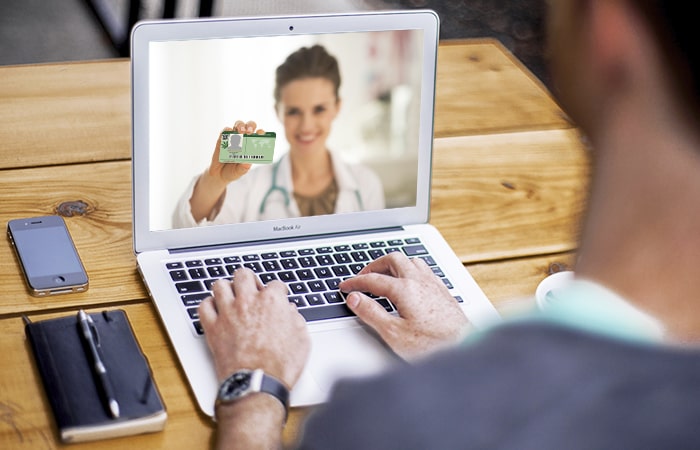 For as long as there has been society, there has been some form of medical practitioners; people dedicated to promoting health and providing medical advice, sometimes even directly operating on injuries.

Medicine as a concept has always been seen as something sacred, something intimately personal and requires a physical presence. However, in the modern age of technology and remote connections, this isn’t necessarily always the case anymore.

These days, we have Telemedicine, allowing for people to receive treatment and advice without having to be in the same room as a doctor.

But just what is Telemedicine exactly, and how could it be used with prescribing marijuana?

Telemedicine is very much what it seems it would be from its name – it is medical advice that is delivered from far away. This doesn’t necessarily have to be through the telephone, though that is usually the case; instead, it can be delivered in any way other than requiring your physical presence.

Though it might seem extraordinarily strange to receive medical advice from someone possibly hundreds of miles from you, it is actually a massive boon to both the pharmaceutical industry and for ordinary people.

Without telemedicine, all medical treatment, advice, and recommendations would have to take place face to face in a doctor’s office. This means a huge number of different doctors clinics, receptionists and support staff, not to mention endless frustrations for those that don’t live near built-up areas, meaning that they need to drive a considerable distance just to get some medical advice.

With telemedicine, doctors and support staff are able to be freed up, as they much more easily provide medical advice remotely, all without needing a massive quantity of additional staff or on-site premises.

It is also extremely convenient for users, as it means fewer travel times, less irritating doctor’s appointments and less standing around waiting for your doctor when the practice experiences delays.

However, telemedicine definitely feels very “off” for a lot of users, as it can feel somewhat vulnerable and worrying receiving advice from someone over the phone or over the internet; for starters, you aren’t easily able to verify their credentials and know that you can trust their medical advice, whereas if you were speaking to your doctor, you would know they were accredited because… well, they’re in a doctor’s surgery. Also, their medical degree is likely framed on the wall.

For this reason, telemedicine still has a very reluctant following in the medical community, with many possible users still preferring to go outside and speak to their doctor in person. However, there is one area of medical treatments and prospective users that can significantly benefit from telemedicine, and that is the world of marijuana.

Telemedicine & Marijuana – Getting a Prescription

If you think it is difficult trying to get an appointment with your doctor and get your ailment seen to, it is nothing compared to the perils of trying to get a medical marijuana prescription.

Depending on the state you live in, there are a huge number of stringent; almost impossible to follow directions and regulations that govern how and when you are allowed to get a medical marijuana card.

However, with the advent of telemedicine, it is now a lot easier to get prescribed medical marijuana over the phone, or even through an online chat service.

Though this will remain almost impossible in some more fiercely anti-marijuana states, it can be possible to quickly get yourself medical marijuana by calling up one of the many providers that exist across the country and tell them your symptoms – as they are doing it remotely, they are far more likely to approve your request to be given a medical marijuana card.

Additionally, using telemedicine can be really helpful with other elements of the marijuana world, such as actually getting advice.

Look, it’s happened to everyone. You’re sitting there with your marijuana, you’ve got all your supplies and… you just don’t know what to do. Maybe you don’t understand how actually to use it, despite your prescription? Perhaps you have some kind of question about the usefulness of medical effects of your marijuana?

The problem is, it is can feel very embarrassing to go and ask someone else in person about these questions – you will either be considered ignorant or not deserving of their help. Despite how strange this might seem, there is this odd idea that everyone should always be 100% knowledgeable about marijuana, 100% of the time.

This means that admitting you don’t know something is almost somehow taboo in nature. Thankfully, however, there is telemedicine.

By being able to speak to a professional online, whether through telephone, the internet or even postal mail if you are especially old fashioned, you can get reliable medical advice concerning your medical marijuana, all without having to feel like you are somehow ignorant of the mysteries of the marijuana world.

Frequent users might scoff that someone might need this, but what happens if you have a specific medical condition and you are concerned about the effect that marijuana is going to have on it? What if you are already receiving medication to treat a different condition and your regular doctor hasn’t told you if it interacts with marijuana or not?

Going to the doctor might be frustrating and a waste of time, but it also might be downright dangerous, especially if you have already imbibed. You can’t very well get in your car and begin driving to the clinic while high, can you? It is far more comfortable and better for everyone that you have someone that you can call to give you advice.

There is also one other major benefit to telemedicine regarding marijuana – being able to get your marijuana delivered directly.

As telemedicine is all about being able to speak to someone on the phone or on the internet and not have to deal with going outside or dealing with a physician face to face, you can also simply get your medical marijuana delivered directly to your door.

Though the idea of some kind of marijuana delivery man might seem extremely strange, as well as very sketchy if your neighbors were to see, it is actually incredibly useful and convenient to be able to have your marijuana simply sent to you rather than having to get it yourself.

By using telemedicine, you can not only get a doctor to recommend marijuana for your condition, but he or she can also then have it sent directly to you using one of the myriads of different delivery services that exist across the country.

This is important not just for those that are chronically lazy, but also for those that struggle with leaving the house due to physical or mental conditions.

Not only is telemedicine useful for those that are seeking convenience and reliable information, but it is also incredibly helpful for those that struggle with any kind of debilitating condition that impairs their ability to go out and speak to a doctor in person.

Finally, there is one other element of telemedicine that proves incredibly useful, especially so for those using marijuana to treat specific conditions.

Telemedicine and Patient Check-ups – Making it Easier for Everyone

The use of telemedicine isn’t just important for those that want to get their marijuana delivered, or for those that are looking for more comfortable convenience. Telemedicine can also be used to help doctors keep track of patients and their progress.

This means that, instead of having to schedule a multitude of appointments over several months, doctors can instead simply speak to their patient on the phone or through email, allowing them to keep up to date with their progress.

This is especially useful for those that are using marijuana to treat chronic conditions, as it means that they can speak to their doctor whenever they need to, as well as updating them about their condition.

For example, as is the case with many mental conditions, individual patients’ medical conditions might require different levels of treatment at different times. By being able to speak to their doctor and tell them what is going on, their doctor can advise them to increase or lower their dosage, as well as just generally helping them manage their condition.

By being able to use telemedicine, patients can enjoy a much higher level of patient care than was ever previously thought possible.

It seems very strange indeed to imagine a world wherein people receive medical advice, and even medical marijuana prescriptions, over the internet or through the phone, but thanks to modern telemedicine, that is precisely what millions of people are doing every year.

It not only frees up doctors and nurses to be able to work on the really important, emergency cases, but it is also extremely convenient for the average person.

When it comes to marijuana, telemedicine allows would-be marijuana users to enjoy a much higher level of patient care and doctor attentiveness, thanks to the fact that they can simply keep them up to date whenever they need to.

Telemedicine may be strange, but it is absolutely here to stay, so maybe give it a try the next time you need to speak to your doctor?

Who knows, it might end up being a lot more convenient than having to go outside.

Visit Site
Read Review
0 responses on “Telemedicine: Everything You Need to Know”