What’s the Difference Between Getting a Medical Marijuana Card and Buying Recreational? 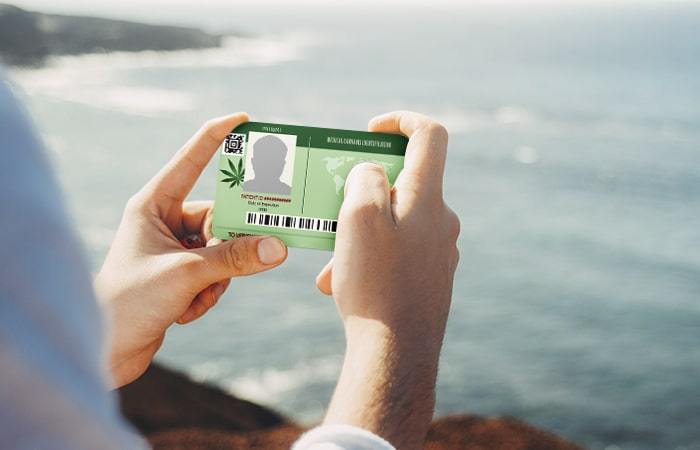 The last decade has seen a great deal of change when it comes to the legalization of marijuana across America. Gone are the days where you had to head to Colorado or Washington in order to enjoy some mind-chilling, recreational marijuana. There are currently 33 states across America that have legalized medical marijuana, with 11 of those also legalizing recreational use. With laws being determined on a state level, each state is able to decide who is eligible for medical marijuana, the process for applying, and even the legal purchasing and possession limits. It can all get very confusing very quickly when you start to compare the different regulations across these 33 states.

There is a general process which each state seems to have adapted to suit their own needs. You will first need to check whether your home state recognizes your medical condition as one that can benefit from medical marijuana. Each state has a slightly different list of conditions, so this is something worth checking before applying. You will be required to fill out all of the necessary paperwork and normally visit a physician who is registered to approve medical marijuana cards; this is the part of the process that can quickly get rather expensive between the state fees and the cost of the physician. Once you have been approved, some states will issue you a medical card for a further fee, while others only require an ID number and printable paperwork.

If you live in one of the 11 states where recreational Marijuana has also been legalized, it might appear at first that there is no reason to go through what can be a lengthy process to obtain a medical Marijuana card. After all, if you can just pop into your local dispensary and purchase your favorite strain hassle free, what could you possibly gain from filling out complicated online forms and paying for a physician to tell you what you already know, that your health could be improved by regular consumption of marijuana. What you might not know is that there are a number of benefits to having a medical card, from the amount of marijuana you can purchase at one time to your rights when travelling out-of-state.

Let’s take a look at some of the benefits of opting for medical Marijuana in states where recreational use is legal.

A Wider Range of Dispensaries

There are a number of states where having a medical marijuana card will grant you access to a wider selection of dispensaries; for example, your local pharmacy. One key benefit to shopping at a medical specialist store is that the pharmacist is medically trained and should be able to give you advice as to which strains are going to work best for which conditions. While your local recreational dispensary might be able to help you out, they are not medical experts and will not have a wealth of knowledge that a trained medical professional possesses.

Another reason why you might want to opt for a medical dispensary is that they will often be able to offer products with a higher potency, which has been designed with health rather than enjoyment in mind. Having access to products which have been tailored to treat certain medical conditions can make all the difference when it comes to the effects that you experience.

The majority of states have set the minimum age for purchasing recreational marijuana at 21, whereas when it comes to medical marijuana, age restrictions are much more lenient. For those under the age of 21, it is possible in most states that have legalized medical marijuana for a parent or legal guardian to apply on your behalf for a medical card. Holding an underage medical card means that your nominated guardian can purchase and administer marijuana for you. Therefore, if you are under the age of 21, applying for a medical card is going to be the only way that you can legally consume marijuana.

Each state has its own rules and regulations governing who can grow their own marijuana plants at home and how much they are allowed to grow. In some states, being in possession of a medical card means that you can grow larger amounts and may not be subject to such strict regulations.

Probably the main reason for deciding to apply for a medical marijuana card is to take advantage of your state’s more lenient purchasing and possession limits. Many states have set lower limits as to how much marijuana you can purchase and be in possession of at one time for recreational purposes.

In Massachusetts, those without a medical card are limited to purchasing 1 ounce at a time, whereas, if you have a medical card you can obtain up to 10 ounces within the space of 2 months. The situation is pretty similar in California, with the standard 1 ounce limit on recreational purchases and a much higher limit of 8 ounces with a valid medical card. Other states that have decided to make a legal distinction between medical and recreational limits include Oregon, where you can purchase up to 24 ounces for medical but only 8 ounces for recreational purposes. In Maine, you can buy up to 5 ounces per month with a medical card, but only 2.5 ounces without. Nevada and Washington have both set their recreational limit at just 1 ounce, with Nevada setting a much high medical limit of 5 ounces and Washington set a slightly lower limit of 3 ounces.

Some states, on the other hand, do not distinguish between recreational and medical and just have one limit regardless of your intended use. Alaska and Colorado, for example, have a 1-ounce limit, keeping the law nice and straightforward to understand. Washington D.C. has followed with a similar idea but has opted for a higher threshold of 2 ounces, making life easier for its residents.

There are currently 22 states across America that have legalized medical marijuana but are yet to allow recreational use. This is an important fact to consider if you are somebody who lives in a fully legal state and relies on marijuana for medical purposes, because you may find yourself having to apply for a medical card in order to travel out of your home state. A large number of states have legislation in place for those travelling into the state, which has a medical card and intends to be using marijuana for medicinal purposes during their trip. The general rule is that if you have an an-out-state medical card, this will be accepted in those states which recognize out-of-state medical cards. If, however, you have opted to not apply in your home state because recreational marijuana is legal you will not be able to possess or purchase medical Marijuana while out of state.

Final Thoughts on the Differences between Medical and Recreational Marijuana

There are a number of reasons why you might want to consider applying for a medical marijuana card, even if you live in a state where recreational use is legal. One of the main reasons for going to all of the efforts of filling out forms, obtaining a physician’s approval and paying the necessary fees is for the increased range of marijuana that will be at your disposal. For anyone suffering from a severe condition being able to obtain a strong dosage could make all of the difference when it comes to your long term health.

Another huge reason to apply for a medical card is so that you can travel out-of-state and, in a large number of states, have your medical card recognized. If you are somebody who relies on daily marijuana as part of your health care routine travelling out of state without a medical card could either find you in breach of the law or putting your health in severe danger.

Whether you decide to apply for a medical card or not is very much going to depend on your state laws and your lifestyle. For some people – for example, those who travel a lot or are under 21 – it might be your only option that you have to ensure you always have access to what can be a health-changing drug. On the other hand, if you are somebody who can easily come buy your required dosage of marijuana at recreational dispensaries and rarely leaves your home state, it might not be worth your time and effort to apply for a medical card.

Visit Site
Read Review
0 responses on “What’s the Difference Between Getting a Medical Marijuana Card and Buying Recreational?”