Who Will Know if You Get a Medical Marijuana Card? 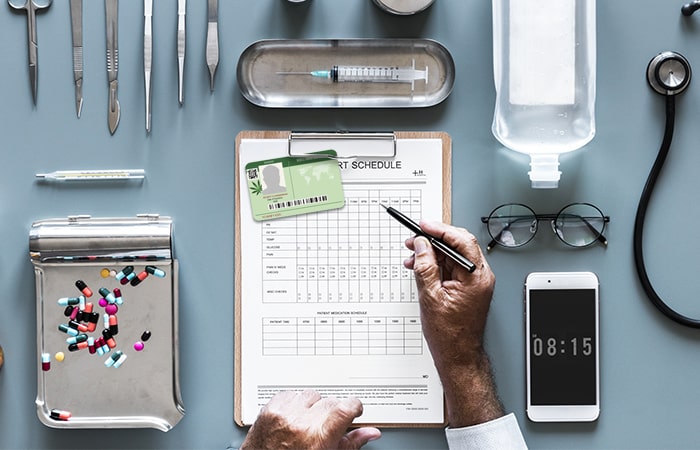 Medical marijuana has become a rather common thing in the USA – with thirty-three US states allowing cannabis to be sold and consumed for medicinal use; it seems like almost everyone either uses medical marijuana or knows someone who does.

There is also the issue of your inherent privacy, as it is easier than ever to obtain whatever information you want, thanks to the massive reach of the internet.

However, who will actually know if you get yourself a medical marijuana card? What determines whether or not someone knows about it?

Who Will Know at the Start of Getting a Medical Marijuana Card?

The first step to getting a medical marijuana card is speaking to your local GP. This would likely be the doctor you have had for years, possibly the same one that has treated your family for as long as you’ve known them.

If this isn’t something you feel comfortable with, then there are doctor’s surgeries that specialize in medical marijuana prescriptions, allowing you to visit a qualified stranger to recommend your marijuana.

You need not worry too much, however, as all doctors are required by law to main the privacy of their patients. Thanks to HIPPA, it is hugely, horrendously illegal for a doctor to reveal any kind of information about any of their patients unless compelled to by a court of law. This means that, if you obtain a medical marijuana card in a community that does not support marijuana use, you can rest assured that it will be kept secret.

This means that not only does your local government know you are using marijuana, but any workers for those governmental agencies know as well. However, thanks to privacy laws, they too are compelled to keep your information private, unless compelled to do otherwise by a court of law.

Finally, the only other person that will know that you have a medical marijuana card would be the dispensary that you get your marijuana from. Both the store clerk and the backroom staff of the medical marijuana dispensary will know your information, as they are the people that share these details with your local government. Once again, these people are sworn to secrecy, so you should have no worries that they will betray your medical marijuana usage to your family.

All this sounds pretty good so far; the only people who will know that you got your medical marijuana card are also pledged to protect your private information.

What other risks could be associated with owning a medical marijuana card? It’s not like your employer could find out… could they?

Although this is not something that a lot of medical marijuana commonly think about, you do need to consider what your employer’s policy on marijuana usage is.

Unfortunately for the medical marijuana community, employers do not usually differentiate between marijuana used for recreational purposes or used to treat specific ailments. Even if you are using marijuana for the purpose of treating a serious condition that plagues you daily, most employers would still consider it the same as smoking marijuana illegally for pleasure.

This is due to the fact that, while medical marijuana is legal in thirty-three states, the use of marijuana is not yet a protected class. This means that using marijuana is able to be discriminated against without repercussion from the government.

This means that, whereas your employer could get into trouble for refusing you employment or firing you for taking sick leave from work due to illness, or from being a particular skin color, they can freely fire you for using marijuana if they do not want you to.

There are generally three ways your employer is likely to find out you are using marijuana: Background checks, drug tests, and physical evidence.

Let’s get the obvious out of the way first.

Physical Evidence of Your Medical Marijuana Use

The most obvious way for your employer to find out you use marijuana is because he sees you smoking it. If you are openly imbibing your medical marijuana near your place of work, or around those that might be close to your employer, you are practically asking to get caught.

Though it might seem unfair if your employer has made it a company policy to fire anyone who uses marijuana (and there are many, many companies that do this) then you need to make sure they don’t ever see or hear of you using it.

Keep your marijuana use private by using it only at home, or by imbibing it in more discrete methods, such as with a vape pen so as to avoid the smell, or by using THC oils.

One of the most common ways people get caught is because of the smell, so make sure you aren’t going into work smelling of your medical marijuana.

As frustrating as it might seem, your employer has every right to perform a background test on you to determine any irregularities in your history.

Though background tests are usually conducted for the purpose of determining if you have any criminal history, they can also be used to see if you have ever dealt with drugs.

However, there is good news – your medical marijuana card that has been issued to you by the state is not allowed to be shared with any prospective employer unless that employer is also the government or the state.

This means that, despite the desires of your employer, they will not be able to find out about your medical marijuana card, unless they are the federal government. If it is the federal government, they are entitled not to offer you work or, if there is some doubt as to whether or not you have actually used marijuana, they can also issue you a drug test.

Though drug tests are normally focused on substances such as cocaine and heroin, they are also frequently used to check for traces of THC within your body.

Marijuana is an especially tricky substance with regard to testing, as the use of marijuana leaves a mark in your system. In your blood and saliva, marijuana is only detectable for a few hours, but in the case of a urine sample, which is the most common method of drug testing, marijuana can be discovered if you have used it for the last ninety days!

This is also the case if they test your hair, only made worse if you have particularly long hair, as THC leaves a faint trace in the roots of your hair that remains until it is naturally shed or is cut off.

If your place of work insists on a drug test, you need to make sure you abstain from any Cannabis use for ninety days before the test, as well as possibly cutting your hair shorter. It might seem crazy, but many employers are still incredibly against the use of marijuana, despite their local state’s laws.

The critical thing to remember is that your use of medical marijuana is HIPPA-protected, which means that every single person who knows about your medical marijuana use in an official capacity is obligated to keep it safe.

This means that the only possible way that anyone other than medical professionals and your state government could find out about your medical marijuana use is if you betray it to them, whether through physical evidence, word of mouth or through a drug test.

If your employer notices you using marijuana, they are unfortunately completely within their rights to terminate you.

The only other possible people who might learn of your use is any strangers you pass in the street while you are imbibing. For this reason, it is probably best to keep your consumption of medical marijuana to a private place; generally speaking, the fewer people that know, the better.

Visit Site
Read Review
0 responses on “Who Will Know if You Get a Medical Marijuana Card?”